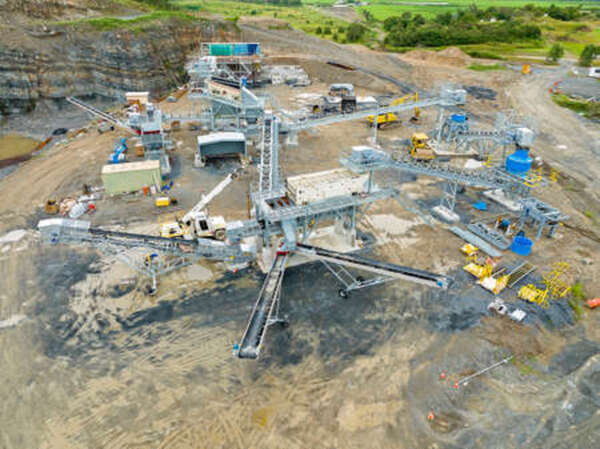 The benefits of using drones in mining- improved safety, efficiency, and cost savings

Drones are no longer just for taking pictures and delivering packages. They are now being used in many industries, including the mining industry. Drones offer many benefits, such as improved safety, efficiency, and cost savings.

However, some challenges are faced with implementing drone technology in mining. The future of drones in mining is exciting and holds much potential.

What are drones, and what do they do

Drones are unmanned aerial vehicles (UAVs) controlled by a remote operator. They come in various shapes and sizes and can be equipped with multiple sensors and cameras. Drones are used for different purposes, including surveillance, mapping, and photography.

They have also become increasingly popular in the mining industry in recent years. Drones can be used to inspect mine sites, track equipment, and even help to map underground mining operations.

In addition, drones can be used to transport supplies and materials to and from mine sites. As the use of drones in mining continues to grow, they are likely to play an increasingly important role in the industry.

How drones are being used in the mining industry

Drones are used in the mining industry for various tasks such as mapping, surveying, and inspection. Drones can quickly and easily cover large areas, providing detailed information to plan and manage mining operations more effectively.

In addition, drones can be used to inspect dangerous or hard-to-reach areas, helping to improve safety and efficiency. The use of drones is becoming increasingly commonplace in the mining industry, and it is clear that they offer significant advantages over traditional methods.

Mining companies have relied on ground-based mapping techniques to survey potential mining sites for years. However, this process is both time-consuming and expensive. Now, thanks to advances in drone technology, mining companies are beginning to explore the use of drones for mapping purposes. Drones offer many advantages over traditional methods.

First, they can cover a much larger area in a shorter time. Second, they can provide a more detailed view of the terrain, allowing for more accurate mapping. Finally, drones are significantly cheaper to operate than traditional surveying equipment. As a result, they have the potential to revolutionize the way mining companies survey potential mining sites.

The mining industry is constantly evolving, and companies always look for ways to improve safety and efficiency. One recent innovation is using drones to create 3D models of mines. By flying drones with cameras over a mine, operators can get a detailed view of the layout and identify potential hazards.

In addition, the data collected by the drones can be used to create virtual reality simulations, which can train workers or plan operations. The use of drones is still in its early stages, but it has great potential to transform the mining industry.

Drones in Mine Surveys

Mine surveys traditionally involve workers going into the mine to take measurements and samples. This can be dangerous work, and it is also time-consuming. Drones can be used to collect data more quickly and safely.

They can fly into difficult or dangerous areas for humans to access, and they can take high-quality pictures and videos. This information can then be used to create 3D models of the mine, which can help with planning and safety.

In addition, drones can be equipped with sensors that detect gas leaks or other hazards. As a result, drones play an important role in mine surveys and are likely to become even more critical in the future.

The benefits of using drones in mining- improved safety, efficiency, and cost savings

Although drones have been used in various industries for years, their use in mining is relatively new. Drones offer many advantages for mining operations, including improved safety, increased efficiency, and cost savings.

One of the most significant benefits of drones in mining is improved safety. drones can be used to inspect areas that are too dangerous for humans to enter, such as collapsed tunnels or unstable buildings. They can also be used to monitor the progress of work crews and ensure that they follow safety protocols. In addition, drones can be equipped with sensors that can detect potential hazards, such as gas leaks or falling rocks.

In addition to improved safety, drones can also help increase mining operations’ efficiency. Drones can survey potential mining sites and map them in 3D. They can also be used to locate mineral deposits and assess their size and grade. In addition, drones can deliver supplies to remote work crews and monitor equipment that is difficult to access.

Finally, drones offer significant cost savings for mining companies. Drones can reduce the need for expensive aerial surveys and ground-based exploration activities. In addition, they can help to lower the costs of transportation and logistics by delivering supplies directly to

One of the most important challenges in drones in mining is safety. Accidents can and do happen with drones, which can harm people and property. In addition, drones can be used to access difficult or dangerous areas for miners to reach, raising the risk of injuries. Another challenge is regulatory.

There are currently no regulations governing the use of drones in mining. This means that companies can operate drones as they see fit, without any oversight. This could lead to unethical or illegal practices, such as using drones to spy on competitors or deliberately damage property. Finally, there is the issue of cost.

Drones are still a relatively new technology and can be pretty expensive to purchase and maintain. This means that not all mining companies can afford to use them. Drones have great potential in the mining industry, but some challenges still need to be addressed before they can be widely adopted.

The future of drones in mining

Drones are already being used in various industries, from agriculture to delivery services. And it’s not hard to see why – drones offer a cost-effective and efficient way to carry out tasks that would otherwise be difficult or impossible.

The mining industry is no exception, and drones are beginning to play an essential role in mineral exploration and extraction. For example, drones can be used to map out mine sites, locate mineral deposits, and assess terrain stability. They can also be used to monitor equipment and workers, helping to improve safety in the often dangerous mining environment.

As drone technology continues to evolve, we will likely see more drone applications in the mining industry. So far, they have proven to be a valuable tool for both exploration and production – and there’s no doubt that they will continue to be an integral part of the mining sector for years to come.

Drones are becoming increasingly popular in various industries for their cost-effective and efficient ways of carrying out tasks. This is especially true in the mining industry, where drones are being used to map mine sites, locate mineral deposits, and assess terrain stability.

They can also be used to monitor workers and equipment, helping to improve safety in often dangerous conditions. As drone technology continues to evolve, we expect to see more drone applications in the mining sector.

Looking for a cost-effective and efficient way to carry out tasks in your mining operation? Look no further than MetroUAV! We offer a wide range of drone services that can help improve safety, efficiency, and productivity in your mine.

Our drones are equipped with the latest technology and can be used for various purposes, including mapping, surveying, and monitoring. We also offer different training and support services to ensure you get the most out of your drone investment.

Contact us today to learn more about how we can help you take your mining operation to the next level!

previous
How Solar Panel Drone Inspections are Revolutionizing the Energy Industry
next
Search and Rescue Drones: How They're Saving Lives